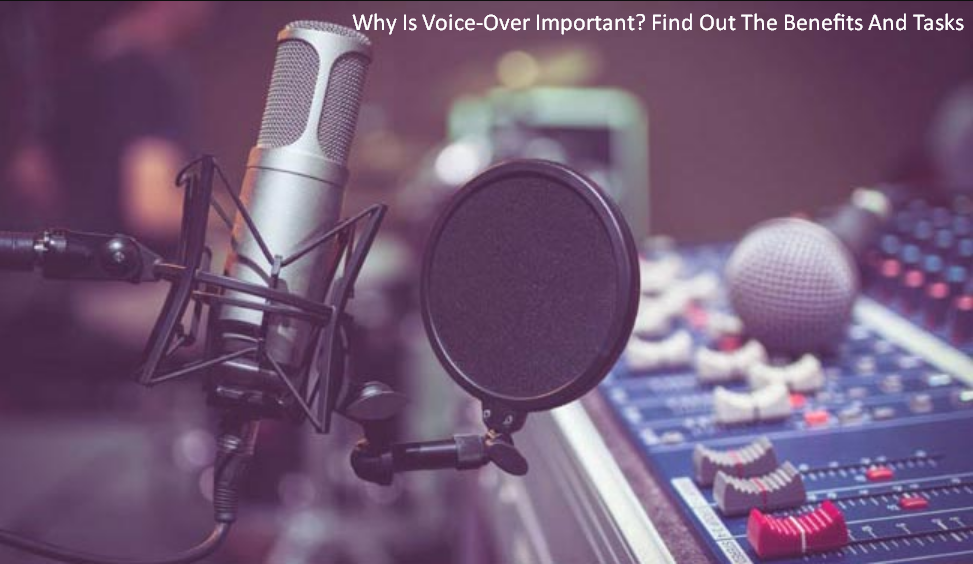 Do you know? That, voice-over is actually a term used to describe the background sound of a video? Voice over is one of the career fields that has recently experienced a drastic increase. In fact, nowadays, voice over is often used in film production, animation, to advertising. The culprit, who is called a voice over artist or dubber, is also needed by many companies, you know! So, seeing the development, what is actually meant by voice over? Then, what are voice over used for?

Voice over is a production technique in which voice is recorded for off-screen use. It is usually associated with movies or TV series, however, voice over is now also commonly used in other audiovisual media such as documentaries, audiobooks, or automated telephone messages. You must have come across examples of voice over, perhaps without even realizing it while watching television or listening to the radio.

In essence, whenever you hear an off-screen voice, you’re hearing a recorded narration of an artist’s voice over. The types of voice over themselves include narrators in documentaries, radio commercials, cartoon sounds, to voice prompts on your favorite GPS service.

Well, because it is quite difficult to execute, voice over is an aspect that is often considered as art. If you need a voice-over, then you can leave the task of voice-over to the experts.

The specific benefit of voice over recording is that it is quite varied and generally depends on the type of video that accompanies it. In commercial info, advertisements, and promotional videos, the use of voice over is nothing but to provide additional information about a product or service.

Television shows and films often employ workers in these fields to narrate important plot elements. Meanwhile, documentaries and newscasts can use voice over to add commentary and context to videos and images.

In addition, voice over is also often used to voice dialogue in films or animated series. This voiceover is used to strengthen the characters in the animation. Besides being used in the world of entertainment, voice over is also used for journalism. Usually, this voice is used to provide an explanation of the news that is broadcast.

1. Read The Script – The voice over artist will be asked to read the script aloud to make the recording. The contents of this recording are intended to provide additional information to the video audience that was not revealed through visual shooting. In addition, the voice over artist’s job is to bring life and emotion to the script while still maintaining the right attitude and tone and being believable to the listener.

2. Sending Messages – Each soundtrack project will have a different message depending on the purpose of the accompanying video. For example, a voice over narration for a public service announcement needs to leave an emotional impression on the audience. Meanwhile, the message in the ad may explain more about the product being advertised. In each case, the voice over needs to decide how to convey the video message through the tone and demeanor of their narrative.

3. Compose The Sound – Depending on the narrative role in a production, the voice over artist may be asked to make a special voice when reading the script. For commercial work, this unique voice can help brand the advertised product or service. Meanwhile, for works of fiction such as films, this is necessary for the creation of certain types of characters and voices. Therefore, determining the intonation of voice for various types of production is something that must be done by a voice over artist.